Dedicated and Virtual Machines are one of many types of cloud servers UK offers with on-demand, scalable computing resources. Typically, you’ll choose a virtual cloud server, if you require more control over the computing environment and this is where we can offer bespoke solutions providing UK data centres, unlimited traffic and full root access to your environment.

Our cloud servers utilise cutting edge technology with our technical expertise to provide you with a flexible, scalable and secure environment. Along with our proactive monitoring all elements of the environments are monitored providing you with up to date alerts and reports of your environment. 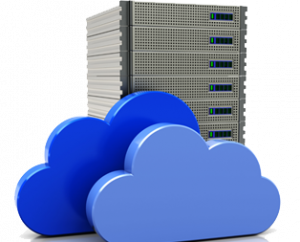 Customized Windows and Linux VMs with complete control of the OS.

Tell me about virtual machines

Azure Virtual Machines lets you create and use virtual machines in the cloud. Providing what’s known as Infrastructure as a Service (IaaS), virtual machine technology can be used in variety of ways. Some examples are:

Development groups commonly use VMs because they offer a quick, easy way to create a computer with specific configurations required to code and test an application. Azure Virtual Machines provides a straightforward and economical way to create these VMs, use them, then delete them when they’re no longer needed.

Running applications in the cloud

It makes economic sense to run some applications in the public cloud. One example is an application that has large spikes in demand. Although you could equip your own data center with enough hardware to handle peak demand, that hardware might be underutilized much of the time. Running this application on Azure lets you pay for extra VMs only when you need them and shut them down when you don’t. Or, suppose you’re a start-up that needs on-demand computing resources quickly and with no commitment. Once again, Azure can be the right choice.

Extending your own datacenter into the public cloud

When you use Azure Virtual Network, your organization can create a virtual network (VNET) that’s an extension of your own on-premises network and add VMs to that VNET. This allows running applications such as SharePoint, SQL Server and others on an Azure VM. This approach might be easier to deploy or less expensive than running them in VMs your own datacenter.

Rather than paying continuously for a backup datacenter that’s rarely used, IaaS-based disaster recovery lets you pay for the computing resources you need only when you really need them. For example, if your primary datacenter goes down, you can create VMs running on Azure to run essential applications, then shut them down when they’re no longer needed.

Like other virtual machines, a VM in Azure has an operating system, storage and networking capabilities and can run a wide variety of applications. You can use an image provided by Azure or one of it’s partners, or use your own. Examples include various versions, editions and configurations of:
• Linux servers such as Suse, Ubuntu and CentOS
• Windows Server
• SQL Server
• BizTalk Server
• SharePoint Server
Virtual machines use virtual hard disks (VHDs) to store their operating system (OS) and data. VHDs are also used for the images you can choose from to install an OS. The following figure shows this, as well as two of the tools for creating and managing your VMs.

VMs can be managed using a browser-based portal, command-line tools with support for scripting, or directly through the REST API. Microsoft partners such as RightScale and ScaleXtreme also provide management services that rely on the REST API.
Along with the OS, other configuration choices you have with VMs include:
• The size, which determines factors such as how many disks you can attach and the processing power. Azure offers a wide variety of sizes to support many types of uses. For details, see Sizes for Virtual Machines.
• The Azure region where your new VM will be hosted, such as in the US, Europe, or Asia.
• VM extensions, which give your virtual machine additional capabilities, such as running anti-virus or using the Desired State Configuration feature of Windows PowerShell. 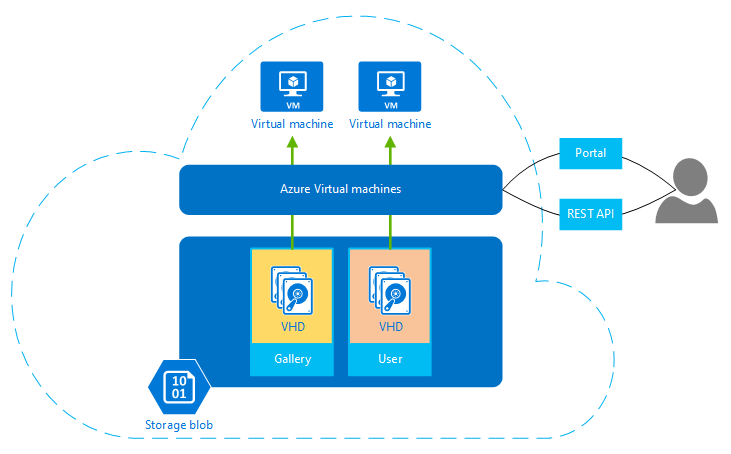 Other benefits to consider for VMs include:

Azure charges an hourly price based on the VM’s size and operating system. For partial hours, Azure charges only for the minutes of use. Storage is priced and charged separately. For details, see Virtual Machines Pricing.

Azure monitors the physical hardware that hosts each running VM. If a physical server running a VM fails, Azure notices this, moves the VM to new hardware and restarts the VM. This process is sometimes called service healing. Azure also protects a virtual machine’s data, by keeping redundant copies of the VHDs in blob storage.